A Family Tradition Based on Quality

Let us help you make your house a home.

Graham Furniture Mart has spent 69 years nestled in downtown Graham, NC serving four generations of customers. Beyond the modest storefront, vast rows of plush armchairs and sofas recline in the interior. A sign announcing the La-Z-Boy Comfort Center greets customers only seconds before one of six employees say hello.

“People come in here whose grandmothers and grandfathers shopped here,” says Bob Marshall, who has worked at the furniture store for over 35 years. “It’s all in the way you treat people,” he said “You have to look at your customers wants and needs and take care of them.”

Graham Furniture Mart was opened in 1947 by George Crotts after his discharge from the Navy following WWII. He had formerly worked with his father-in-law who hand built upholstered rockers and chairs in Hickory, NC. Originally from Siler City, NC, George moved to Graham and found that it only had one furniture store at the time.

“There is the self-satisfaction of helping people,” Paul Crotts said.  Paul is George’s son and now manages the store. 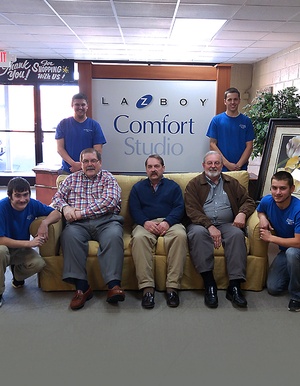 Graham Furniture Mart has been a La-Z-Boy dealer for the past 35 years and negotiated to put in a large La-Z-Boy Comfort Studio. The gallery features popular micro suede, leather, and fleece furniture fibers and provides a new look for a wing of their showrooms.

Graham Furniture Mart is a six-member organization including Paul, his father, a cousin, and step-son. Paul has stressed the need to stay on top of the business and keep up with the times. “I don’t worry about the competition. When customers are in our store, they recognize what an enormous selection we have of quality home furnishes at a price that cannot be beat.”

“We are proud of our family-owned business,” Paul said. “Graham, Alamance County and the surrounding areas have been very good to us.” 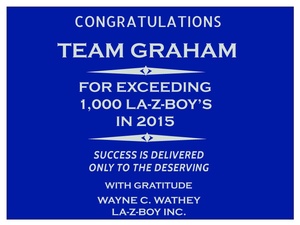